There are companies in the construction industry which do not favour standardization; these companies benefit from revenue and profits from change orders (variations), inevitably resulting in claims increasing cost to the client.

However, the overall construction industry does realise the need for change and standardisation[1], the UK Government, (one of the largest clients) on 23 March 2016, published ‘The Government Construction Strategy’. responding to the need for improvement of productivity

The UK Government Construction Strategy forms a crucial part in the implementation of Building Information Modelling (BIM) and Digital Construction.[2]

Other countries have implemented similar initiatives; here I illustrate the non-exhaustive list as an example:

Despite the general agreement within industry indicating fragmentation as one of the root causes of the poor performance, and the standardization proposed as the way to improve the productivity, it is difficult for some small and specialized businesses to benefit from scaling and standardization due to the implementation cost and complex guidance.[1]

In his paper ‘Building Information Modelling (BIM) Standardization’, Martin Poljanšek suggests that standardization only works in manufacturing and prefabrication industries.

Poljanšek implies that in the construction industry, it is not possible to execute a process optimally…’ by processing the same activities in the same order and producing exactly the same specified output’… [4]

One of the examples is the development of Uniclass 2015, now the UK Government’s official construction sector classification system.

The idea came from a BIM Task Group, supported by the Department for Business Innovation & Skills (BIS) and the Construction Industry Council (CIC) that brought together expertise from industry, government institutions, and science to strengthen the building blocks of BIM

In February 2014, the Technology Strategy Board (TSB) published the Small Business Research Initiative (SBRI) competition for the development of a free-to-use digital tool that can exploit publicly available BIM standards. The contract was awarded in September 2014 to a team led by National Building Specification (NBS). The project started in October 2014 and the public beta of the NBS – BIM – toolkit went online for public evaluation on 8 April 2015.

Bill Allen CEO, President of EvolveLAB LLC, suggests that in the next 20 years, algorithms will be capable of design a building, and a robot constructs a structure. [5]

Following Allen’s suggestion, I relised connection between a standard and an algorithm. According to Cambridge Dictionary standardization mean a the process of making things of the same type all have the same basic features. [6] This description is similar to the definition of an algorithm which is a step by step method of solving a problem, this, in turn, can be viewed as Standard method and Procedure (SMP) described in transition guidance to BS EN ISO 19650as …’ Combination of information standard and information production method and procedure’… [7]

Commonly agreed requirement of the classification system is the ability of the reference employed to be human-readable and machine-readable.[8] Both are required; otherwise, mistakes in the code would be difficult to detect and correct; furthermore, the codes alone convey no information to human readers. On the other hand, the words on its own would not covey information where to find the object in the classification system, and hence both description and codes are needed.[9]

Indicated by P. Medeiros Ferreira De Andrade,[10] there have been numerous forms of information classification systems, and still more being developed, i.e., systems such as JCCS in Japan or CRB in Switzerland. The research I carried out reveals that most of the classification systems indicated in Figure 2 and Table 1 are based on the ISO 12006-2 & 3 framework. In contrast, the systems developed in the European Union (EU) tend to use BS EN IEC 81346-2:2019 framework, instead.[11]

Several research papers have been published with a comparison of the current classification systems, most of the papers offer comparisons highlighting the deficiencies, suitability for BIM use and the need for further development.

Instead of introducing new systems, leading to further fragmentation of standards in the construction industry, I would like to see the development of existing dynamic and unified models.

[8] Uniclass 2015 uses both description and codes 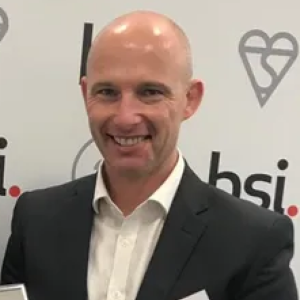